To the moon and the stars…

Jewellery became increasingly popular during the late Victorian era with many people wanting to emulate the Queen herself and adorn themselves with diamonds and precious gems. Queen Victoria was the trendsetter of her time, remodelling many existing items of the Crown Jewels to suit her own style. Many of the familiar motifs that we see today such as birds, snakes, the moon and stars were made popular under Queen Victoria’s reign.

One familiar symbol is the crescent moon which, since ancient times, has been known to symbolize femininity, female empowerment and celebrate the moon goddess Luna, where in Roman mythology, she is the divine embodiment of the moon. The name Luna is derived from the Latin word lucere which means ‘to shine’, a fitting reference for the maiden lot of the 3rd of November jewellery sale. 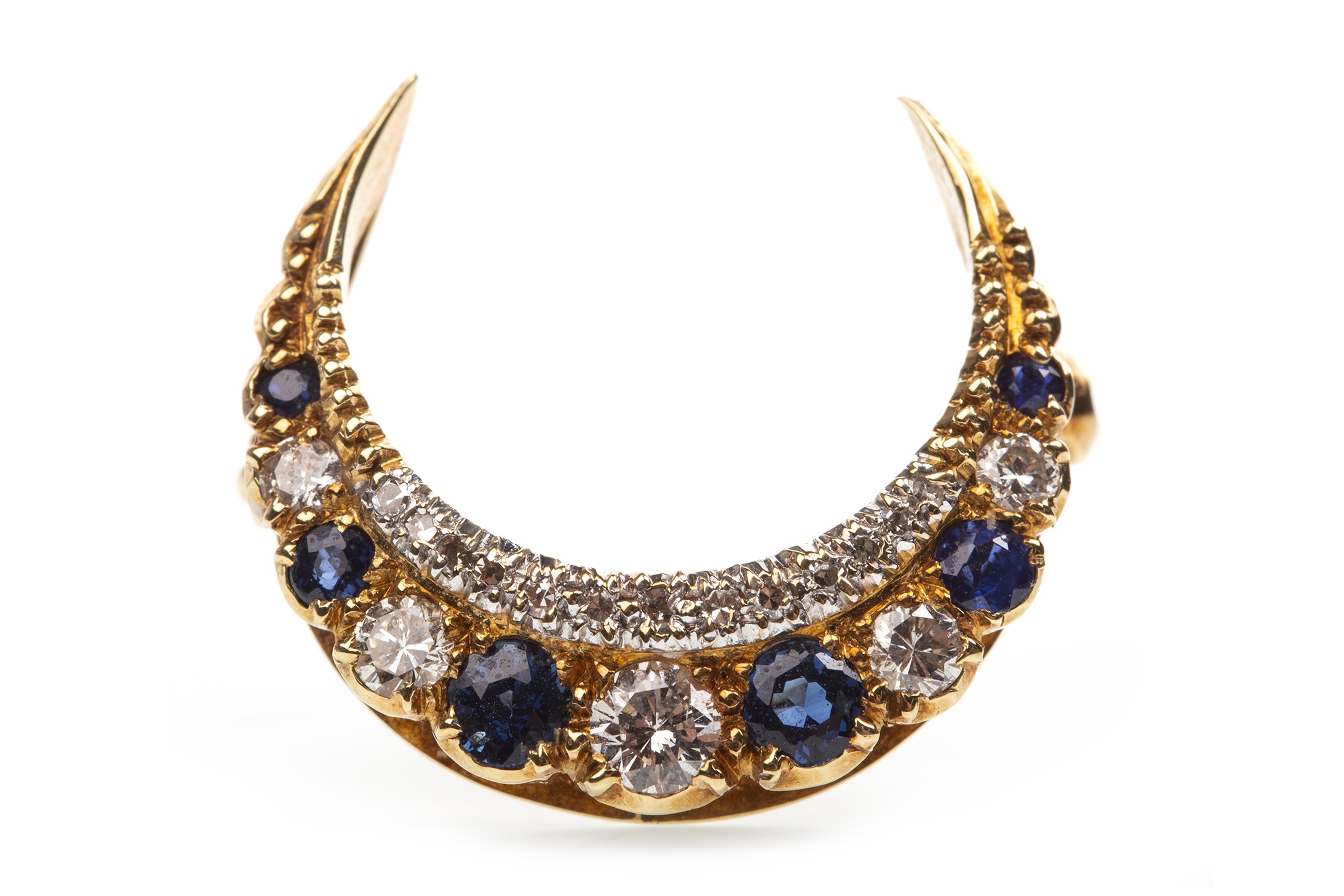 Lot 1 is a blue gem set and diamond crescent moon brooch. The round brilliant cut diamonds are interspaced by faceted round blue gems and bordered by a row of smaller diamonds. Set in eighteen carat yellow gold, the diamonds in this brooch truly shine like the moon. Estimate £250 - £350. 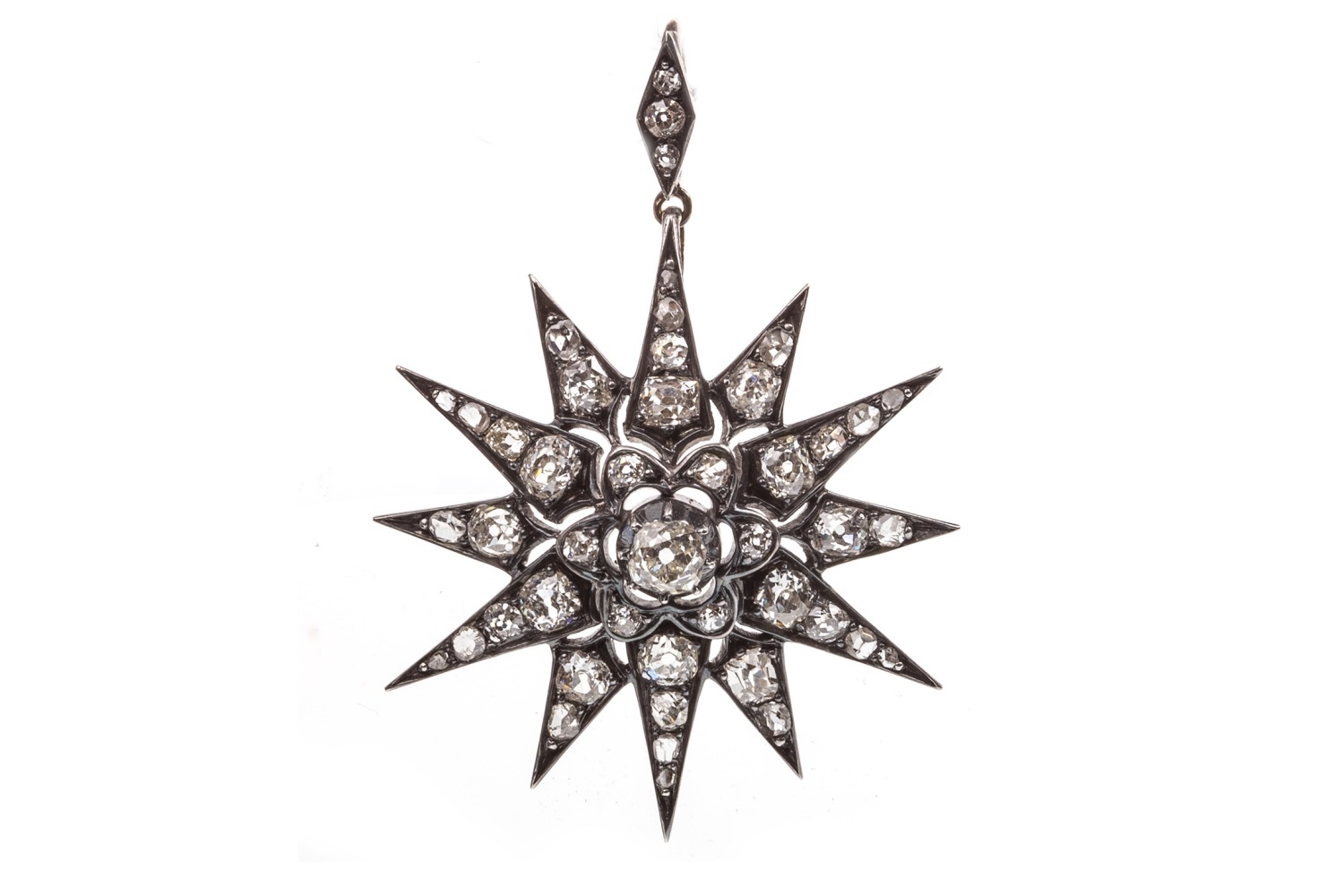 It is only fitting that there should be a diamond star pendant to go alongside the diamond moon brooch. Lot 93 is an impressive star pendant set with old cut diamonds totalling approximately 3.00 carats. The star motif in jewellery symbolizes a guiding light meaning that will lead you in the direction you are meant to go. This lot is presented in the original fitted blue lined box retailed by Depree, Raeburn & Young of Exeter who were renowned diamond merchants and goldsmiths during the 1900’s. Estimate £2500 - £3500.

With these impressive items and over 170 more, why not come along and browse the auction? Viewing commences at 10am on the 31st of October.