Up in the air

Military watches are fascinating because they look very unassuming however each watch has played an important part in history and they have much more interesting stories to tell than your average timepiece.

Military watches were issues during WWII for military personnel to aid them in their missions. They were designed to strict specifications and proved to be one of the most important pieces of equipment a serviceman could possess. 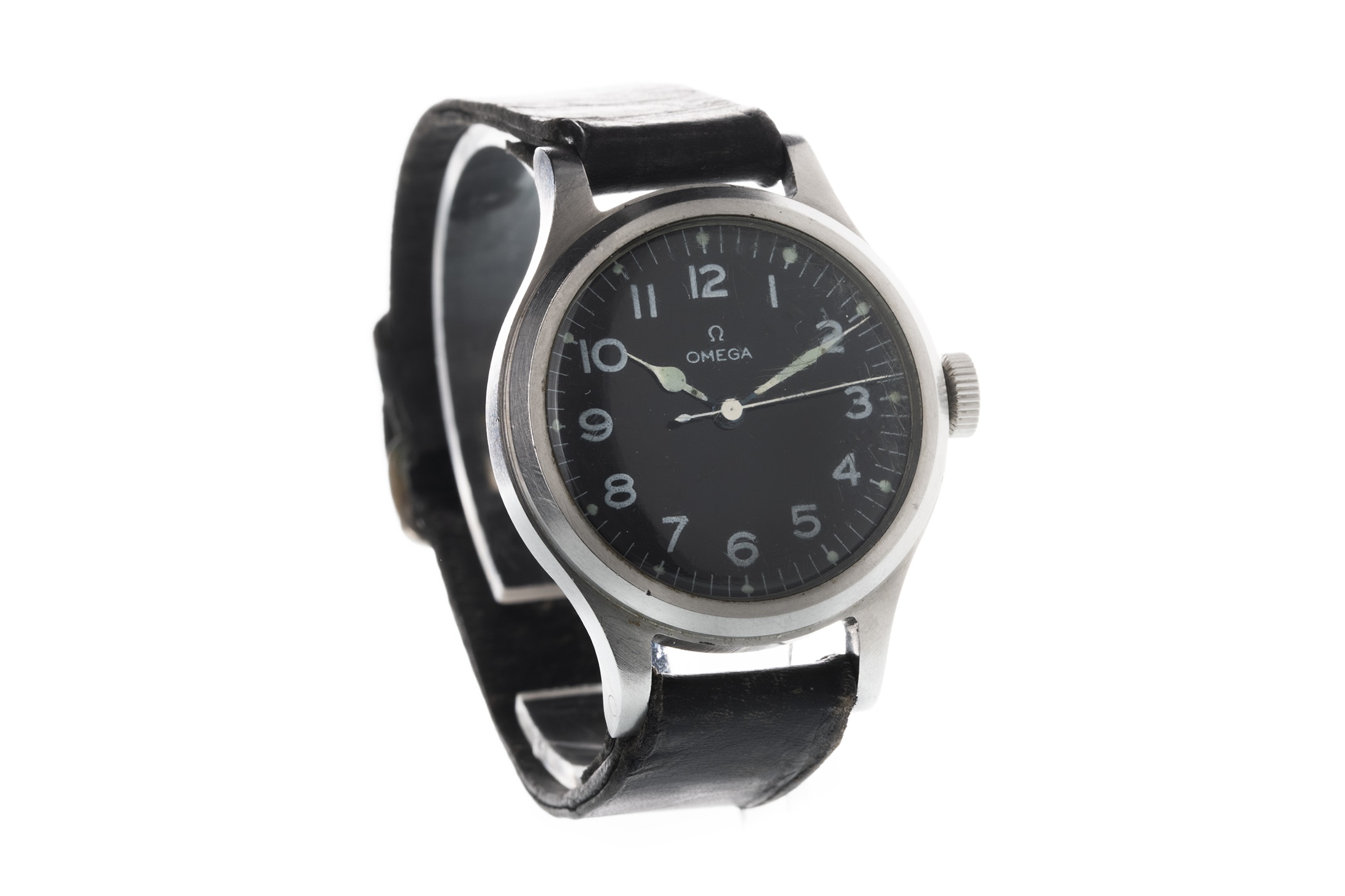 Lot 713 in the 1 November Watches Auction is an Omega RAF pilots watch. It bears the markings ‘6b/159 and 1973/56’ to the reverse. From this, we know that the 6b/159 was a watch used during WWII for RAF pilots and navigators and Omega was the primary supplier of watches to the RAF. Before radar and GPS, timing was crucial when it came to the position of the aircraft and it was up to the aircraft navigators to provide accurate information. The wrong place at the wrong time, even just a fraction of a second, could result in devastating errors. When these military watches were designed, they had to be accurate timekeepers which is why some consider them to be the most reliable watches to this day.

In 1956, the RAF required more pilots watches so they went to the surplus stock of 6b/159 watches that were provided during WWII, and once again, these reliable timekeepers were back on pilots wrists. These watches bear the date 56 on the case back which is how we are able to differentiate them from the earlier examples used during the war.

If you’re looking for a watch that is understated, classic and a reliable timekeeper then why not consider a military watch? This sleek piece of equipment is estimated at £1000 - £1500.