The Cabinet of Curiosities auction, new in 2022, currently features over 125 lots with further additions expected. The sale Preview currently online reflects a cross-section of the sale.

The highlights come from a private collection of Natural History – fossils, mineral specimens and a library of chiefly botanical works – consigned to us by a private individual based in the Scottish Highlands; this collection was beautifully displayed in an impressive property surrounded by stunning natural scenery, it certainly made an impact on us when visiting and is sure to do so with the auction public. 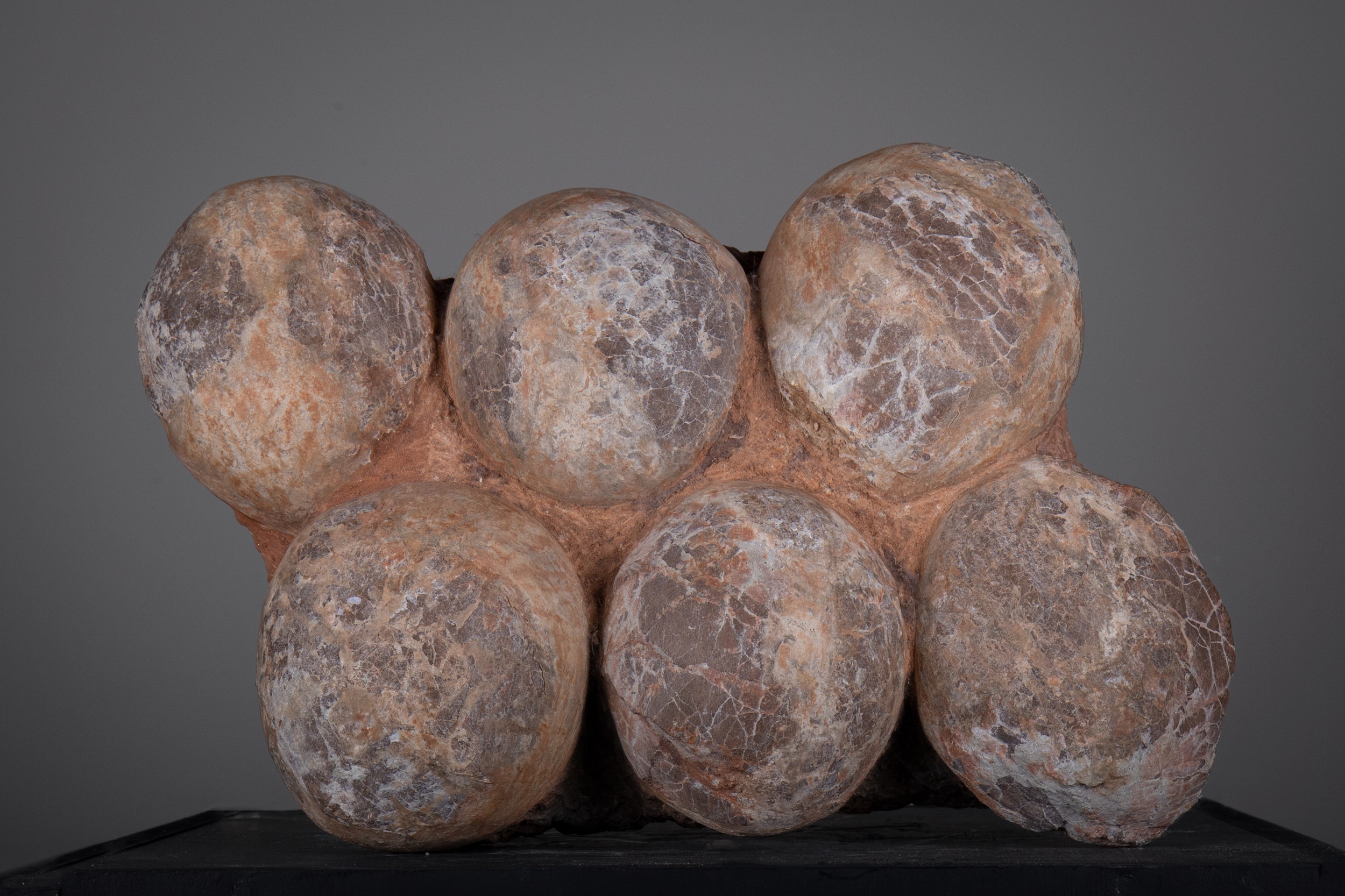 Lots worthy of special mention from this collection include an impressive fossilised crocodile (Plalaysuchus petroleum) from the Eocene Period estimated at £10,000-15,000; a rare nest of six fossilised dinosaur (probably Hadrosaur) eggs from the Cretaceous period at £5,000-7,000 and a stunning quadruple sea lily crinoid fossil from the Jurassic period at £2,000-4,000; the first is unusually complete as a fossil, the second is rare in the fact that it is a nest of six (one egg or at most two occasionally come up for auction but almost never a complete nest) and the third in that it features four specimens that have all been beautifully preserved within the original stone matrix, almost appearing like a piece of contemporary art.

With the sharp uptake in interest led by celebrity Hollywood collectors such as Leonardo DiCaprio (www.wmagazine.com/story/leonardo-dicaprio-collecting-dinosaur-bones-trend) and Nicolas Cage, we are expecting interest both from across the Atlantic and worldwide and it obviously makes sense to tap into what is a very popular area of collecting currently.

These fossils are complemented by a selection of mineral specimens which have also seen increased interest including a museum quality Fluorite specimen estimated at £1,000-2,000, 85cm high and extremely heavy, that was mined in Fraser’s Hush, Weardale, County Durham, making this sale a story of natural history from both continents long lost and counties close to home.  Such pieces are valued not only for their geological rarity but the fact that they make unique statement pieces valued by high-end interior decorators and private buyers with their colours standing out against a modernist/minimalist interior.

Witchcraft, crime & punishment and the occult are represented too, not least by a bronze ‘Devil Under a Sheet’ card tray (as it sounds, the tray being the sheet with a devil’s head emerging) by Humphries, Jackson & Ambler Ltd. of Manchester – this firm was operating in the early part of the 20th century and items such as these played into the popular fascination with the occult at the time, be it Ouija boards (as seen in Peaky Blinders), seances and similar phenomena reflected in the works of artists such as Austin Osman Spare.

Further entries are invited in all categories and especially such as period vampire killing kits (made in earnest in the 19th century) and works on paper relating to these subjects which, underappreciated for decades, have seen an uptake in interest – the works of the infamous English occultist Aleister Crowley have become highly collectable, for example; regarding crime and punishment period sets of handcuffs do cross our path from time to time but memorabilia of famous crimes, criminals and prisons would be met with interest (there is a very keen collecting community for Kray Twins memorabilia, for example).

This sale reflects the rapidly changing nature of auctions and our desire both to reflect our own interests and those of our clients in the sales that we hold – every auction reflects the character of the auction house in one way or another and we are ones never to avoid the unusual but rather to embrace it.

The buying public is ultimately the arbiter of taste and as mainstream interior design has homogenised over the past few decades we have witnessed a determined desire among buyers for something ‘different’, ‘quirky’ and ‘unique’ and are happy to bring such pieces to market.

This is part of a wider trend reflected in the most popular entertainment, be it the aforementioned Peaky Blinders, Marvel/DC, Game of Thrones, etc, that people want to escape into these more macabre or fantastical worlds and are deciding to bring elements of this into their homes, be it on a modest scale with a smaller card tray or somewhat larger with a wall-mounted fossil.

Parallel to this is the emergence of buying at auction in the wider public consciousness as being both an opportunity to secure a unique item at whatever monetary level they can afford and as a more environmentally responsible way to shop – these aspects have struck a particular chord with a younger demographic whose tastes have pivoted away from the traditional furniture and works of art of the older generation and towards such items as we are including in this sale as they seek to establish their own collecting areas reflecting their interests.

The auction takes place 10 August. Check back soon for further previews of these curious lots.

Consign to this auction >>