As any true Scotsman wearing a kilt would know, an unfortunate gust of wind could mentally scar any innocent bystanders for life! Kilt pins, usually crafted from silver, are decorative pins worn on the lower outer apron of a kilt to add weight and prevent it from blowing open.

Over the years, Scottish provincial silver has become highly collectable. Scottish provincial silver is the term given to items that weren’t hallmarked at the Glasgow or Edinburgh assay offices but have local town marks. Although hallmarking was a legal requirement, if silversmiths sent their items to either of these assay offices, they would have to pay a duty fee and sending their items away meant that it could take months for them to arrive back, if they arrived back at all, for the sake of a tiny stamp. Travel was unreliable and costly for craftsmen to make the long journey to either Glasgow or Edinburgh so to get around this, silversmiths started marking their items with marks indicating the province that the item was manufactured in. This would save them not only time but most importantly, money. 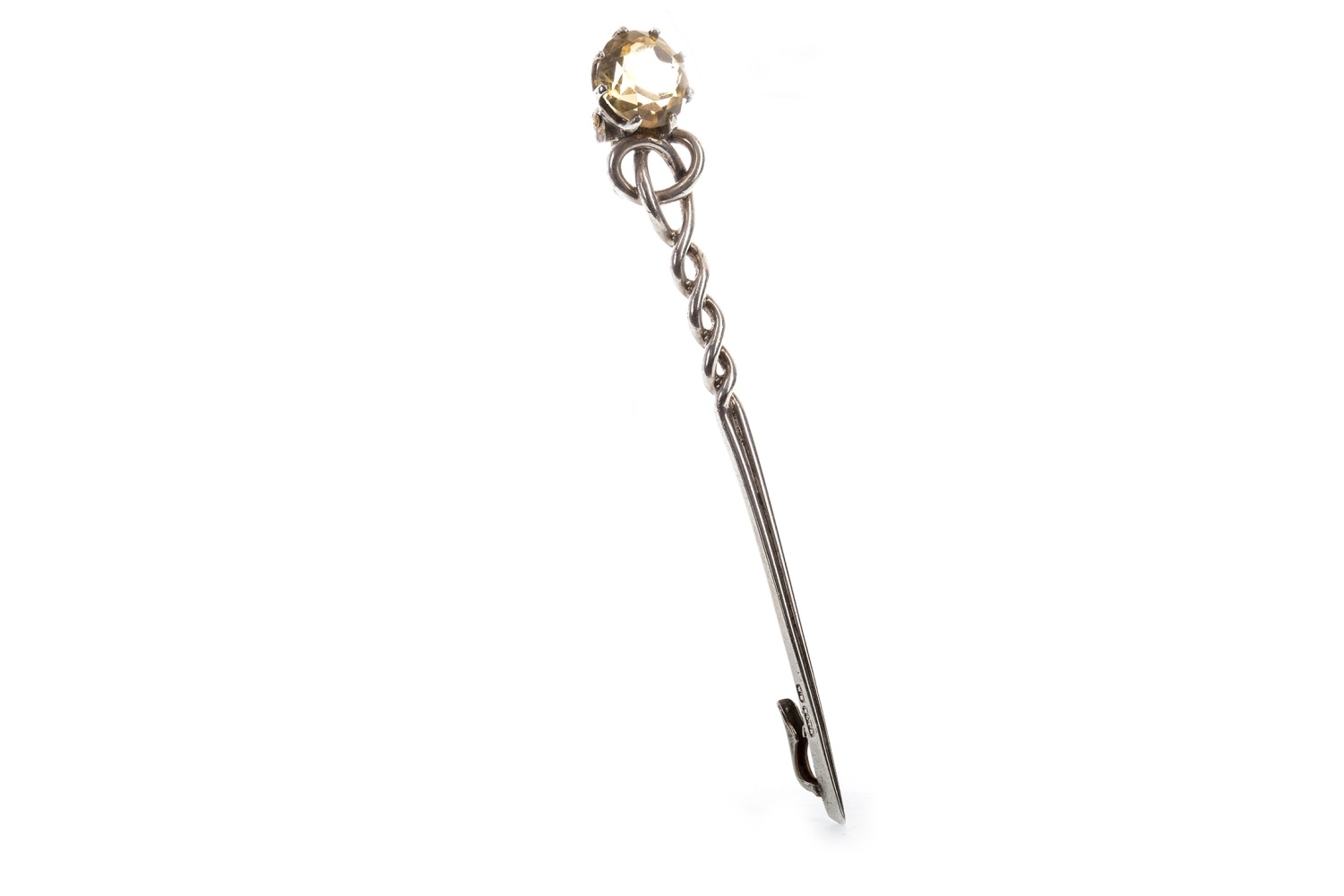 The history of the kilt pin is rumoured to have begun with Queen Victoria, a prominent figure in not only the monarchy but the jewellery world. Apparently during inspection on a very windy day, Queen Victoria witnessed a soldier struggling with his kilt and was having trouble preserving his modesty in front of Her Majesty. She stopped in front of him, removed one of her own hat pins and secured the soldiers kilt. From that moment on, kilt pins became a mandatory part of their uniform.

During the mid 1800’s and due to the Queen’s purchase of Balmoral Castle, a nearby silversmith by the name of William Robb of Ballater was experiencing a spike in business and on many occasions, he was commissioned by Queen Victoria and later, King Edward VII, to create items for the Royal Family and to create the silverware for the uniforms of the Balmoral Highlanders. Among all of the silver items upon the soldier’s uniform, the humble kilt pin was there to serve a practical purpose.

Lot 305 in the Jewellery auction on 23 February is a rare William Robb of Ballater gem set kilt pin. Set with a faceted yellow gem to the head, the pin has the mark of the craftsman and province at the tail. Although incredibly hard to trace, one record does show that Robb used this mark on his items between 1903 until his death in 1927. Estimated at £150 - £250, this rare and exciting piece tells a tale of rebellion against the government and showcases the talent of one of Scotland’s finest silversmiths.