Wemyss Ware is a popular staple of our British & Continental Ceramics & Glass auction, never failing to capture the attention of bidders from around the globe. The Scottish pottery manufacturer finds its origins in the meeting of Kirkcaldy factory owner, Robert Heron, and Czech designer, Karel Nekola, in 1882. The brightly coloured array of unusually shaped wares proved an instant success with locals, with the company deriving their name from the Wemyss family, titled incumbents of Wemyss Castle on the east coast who were early and enthusiastic patrons. Whilst the firm continued to grow; Thomas Goode of London, an upmarket retailer, was to purchase the exclusive sales rights to sell Wemyss Ware in England, an early sign of the collectable status now afforded to many of its pieces. 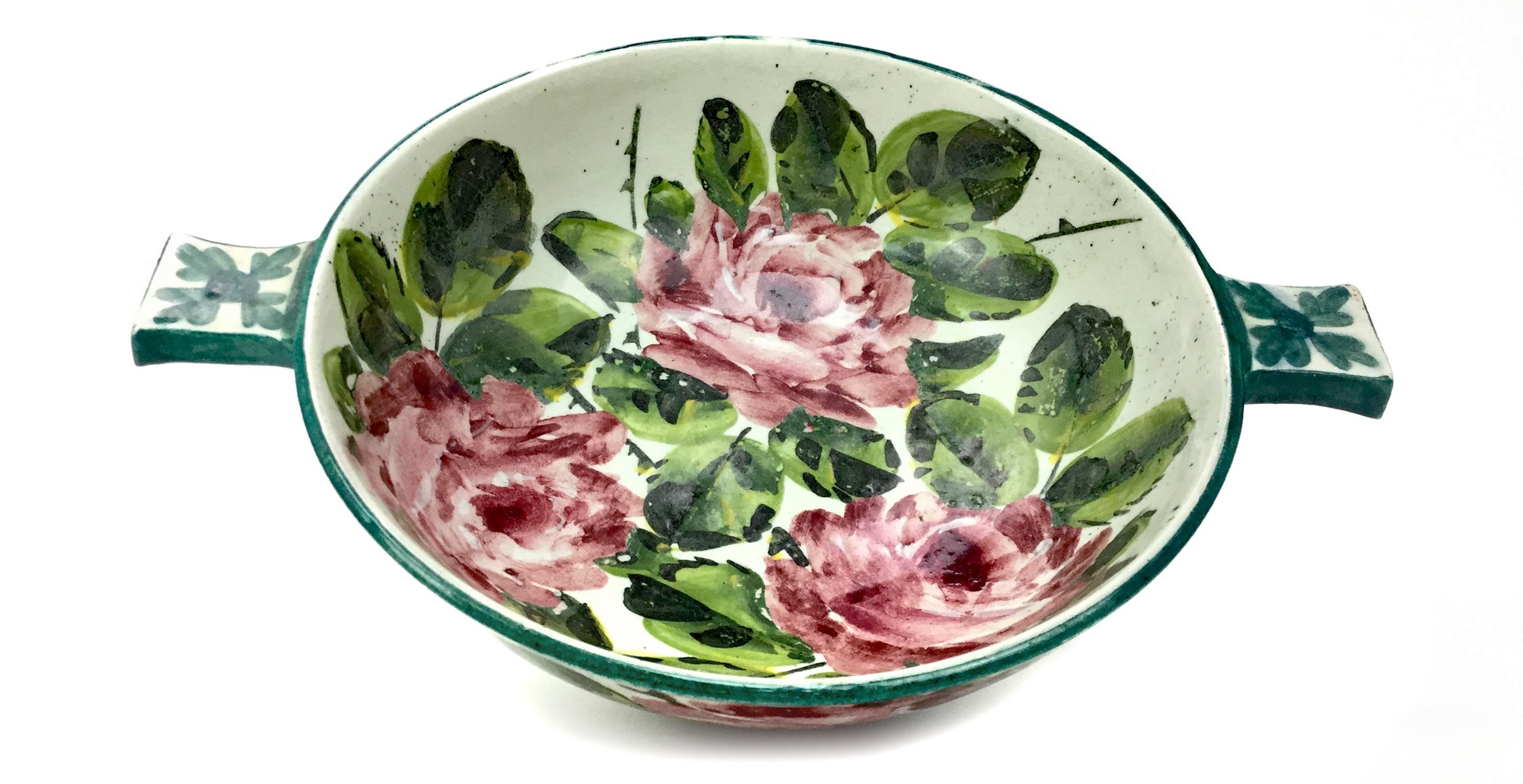 Within our upcoming British & Continental Ceramics & Glass auction, we are delighted to be offering not one, but ten lots of early Wemyss. Of that offering, six lots are finished with the iconic ‘Cabbage Rose’ pattern, that which is most closely associated with the company. This includes a delightfully Scottish Quaich (lot 1023), which carries a come and buy me estimate of £30-50, as well as a charming twin handled cauldron (lot 1024), estimated at £80-120. 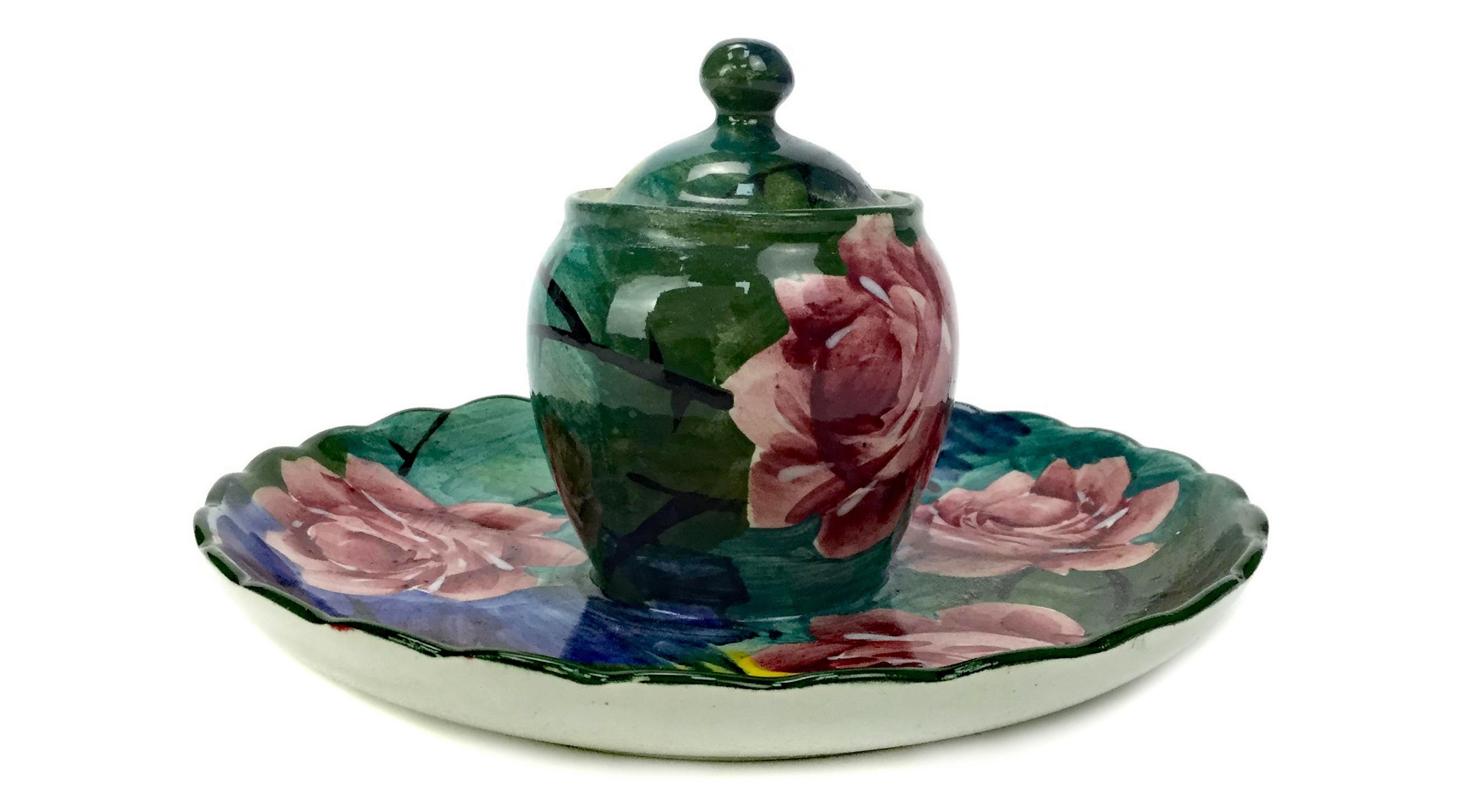 Alongside these, there are three pieces finished in the ‘Jazzy’ pattern (lots 1017, 1028 and 1029), likewise painted with roses, though this time with a more vibrantly painted ground. 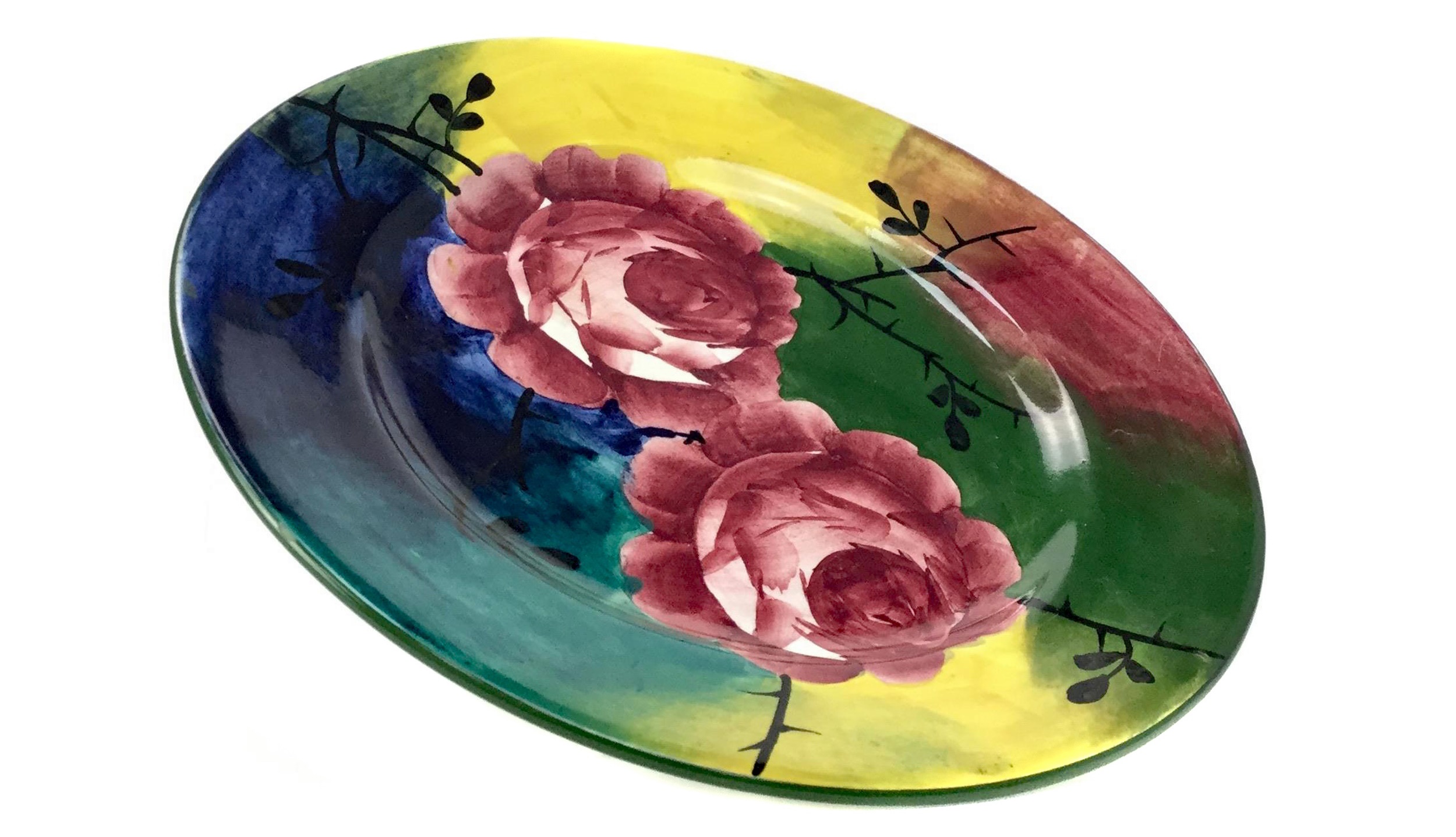 So, whether you’re a seasoned collector or aspiring enthusiast, don’t miss out on this collection of Wemyss Ware, featured in our British & Continental Ceramics & Glass auction starting 2:30pm on Wednesday 20 January.

The next British & Continental Ceramics & Glass Auction is now open to entries. If you have something you’d like to see included, email hannahmurphy@mctears.co.uk or james@mctears.co.uk for a free, no obligation auction estimate.