Whilst scouring the country looking for different and interesting bottles, the Whisky Department recently discovered an incredible cache of almost 500 bottles in the south of England. Within this collection was a wealth of Springbanks, Ardbegs, Highland Parks and Macallans. Not to mention a wide range of vintage Glenmorangies, and curious wine finishes. 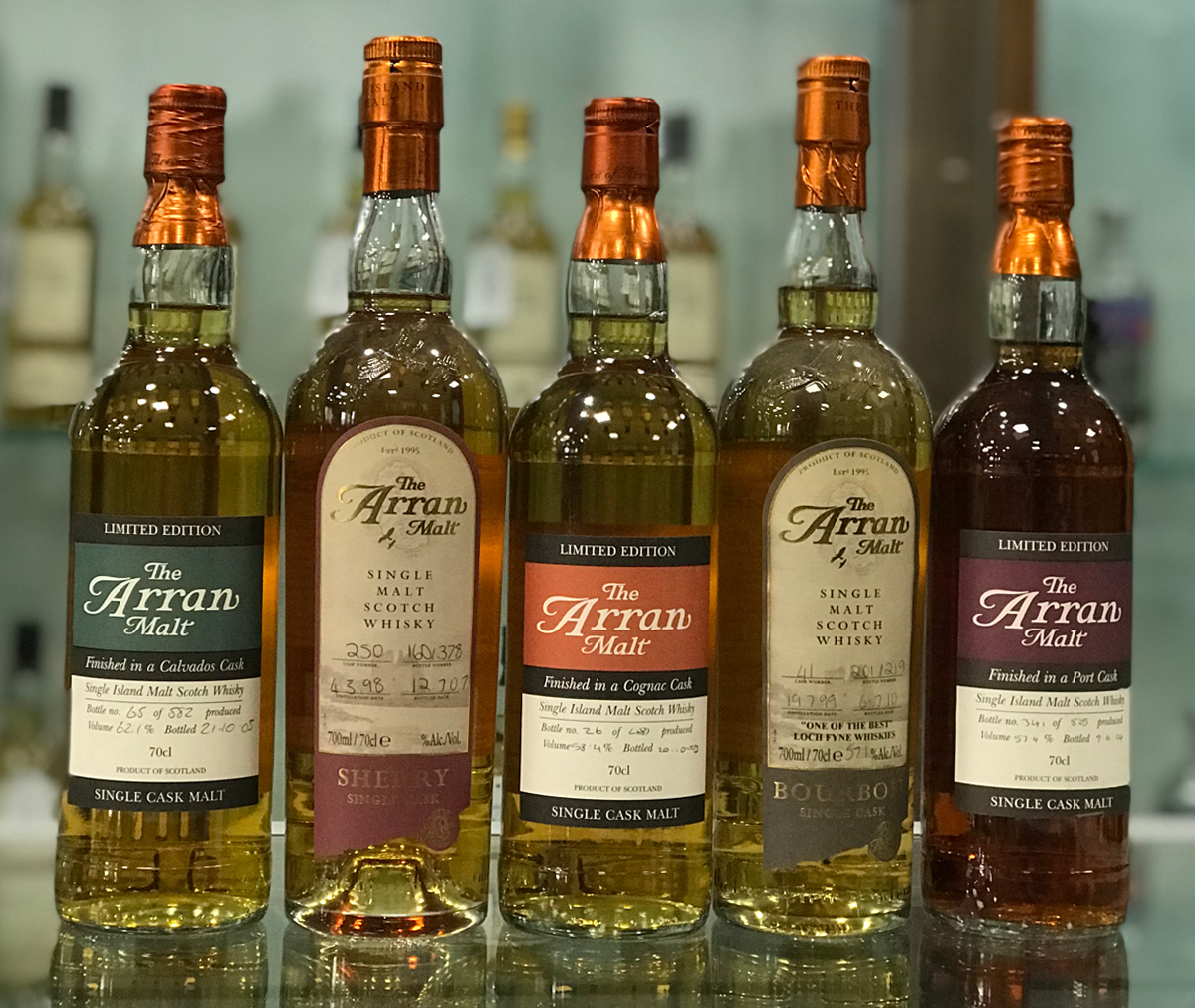 Whilst the Macallan 18 and 25-year-olds may take grab the headlines, there were also a number of collectable and drinkable whiskies from lower profile distilleries such as the Isle of Arran Distillery.

Established in 1995, the Isle of Arran distillery was deemed a big risk. At the time the demand for single malt whiskies was significantly lower than now, with a number of distilleries closing only a couple of years prior.

Like many new distilleries, it offered customers the chance to buy into the distillery to help funding, and in return they would receive the ‘Founder’s Reserve’ bottlings. First bottled at 3 years old, followed by a 10, 14 and the rarely seen 18-year-old.

The spirit itself is not the traditional peated style which island whiskies generally are, but a much lighter, more delicate liquid. It has very much established itself as a superb whisky. As many modern distilleries are, the Arran distillery is experimenting with a huge range of interesting and unusual cask maturations, wither it be innovative wine, rum, cognac and even champagne cask maturation.

They are starting to find their feet in the collectors market too. Bottlings such as the ‘White Stag’ and the ‘Smugglers Series’ are very much sought after by collectors. Limited releases from Arran are certainly worth buying up before the values rise.

Since the distillery opened in 1995, it has gone from strength to strength, winning numerous accolades and awards, and a new distillery is under construction and due to open in 2019 at the opposite end on the island, with a taste profile that is planned to be a much more heavily peated style. We wait with baited breath to try it.

In the upcoming Rare & Collectable Whisky Auction at McTear’s on 2 March, we have a wide range of Arran whiskies, including the aforementioned Founder's Reserve aged 18 years, and a number of single cask, limited edition bottles.