The White Horse name originates as far back as 1650, when the Mackie family acquired the White Horse Inn in Cannongate, Edinburgh. Their leap into the alcohol trade began in the 1880’s when they founded James Logan Mackie & Co, and by 1984 they had partial ownership of the Lagavulin distillery. In 1891 Mackie & Co trademarked the name ‘White Horse’ and this legendary blended whisky was created.

Following the death of Peter Mackie in 1924, the company changed their name to White Horse Distiller’s limited, whilst also selling off other areas of the business. 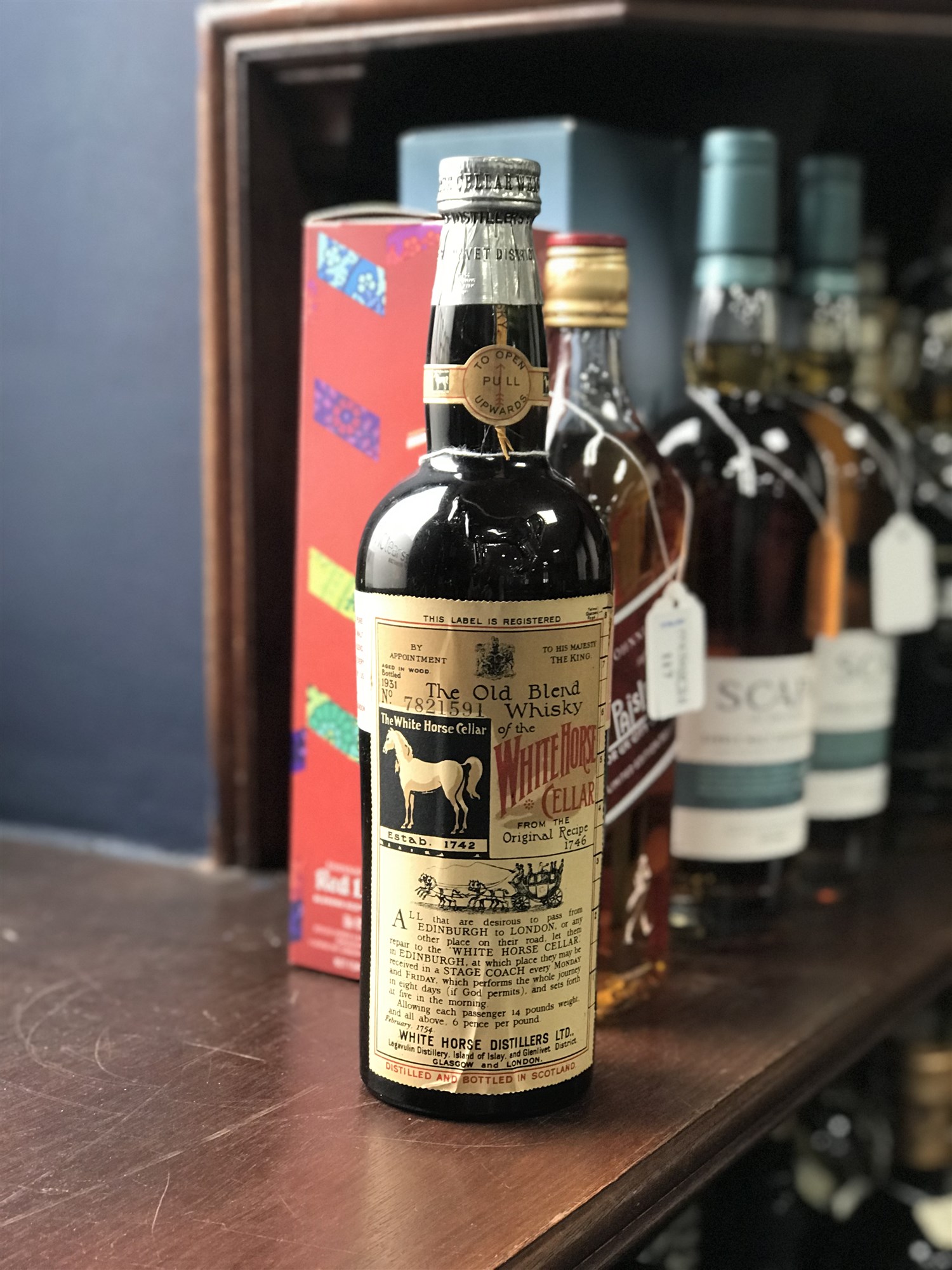 Lot 59 in the Rare & Fine Whisky Auction on May 24 was bottled just 7 years after Peter Mackie death. At this time single malt whiskies were produced primarily to be used in blended whiskies, and with many old blends such as this, there will be a high proportion of single malt whisky present in this bottle. With the link to Lagavulin, there is no question that a significant proportion of this spirit will be made up of 1920’s distillation Lagavulin.

This bottle is a little more unusual that others from this period, as it is detailed with a metal horse on the rear of the bottle. The condition of this 88 year old bottle is fantastic, with very little evaporation evident.

For a complimentary valuation contact specialist Graeme Maxwell on 0141 810 2880 or whisky@mctears.co.uk.