As the oldest porcelain manufacturer in Britain, Royal Worcester has produced a wide range of delicate and decadent pieces in its 267 years. Featured in the upcoming British & Continental Ceramics & Glass Auction (26 April), lot 1223, a pair of ewers, serve as an example of some of the more elegant pieces the company was producing at the beginning of the 20th century. 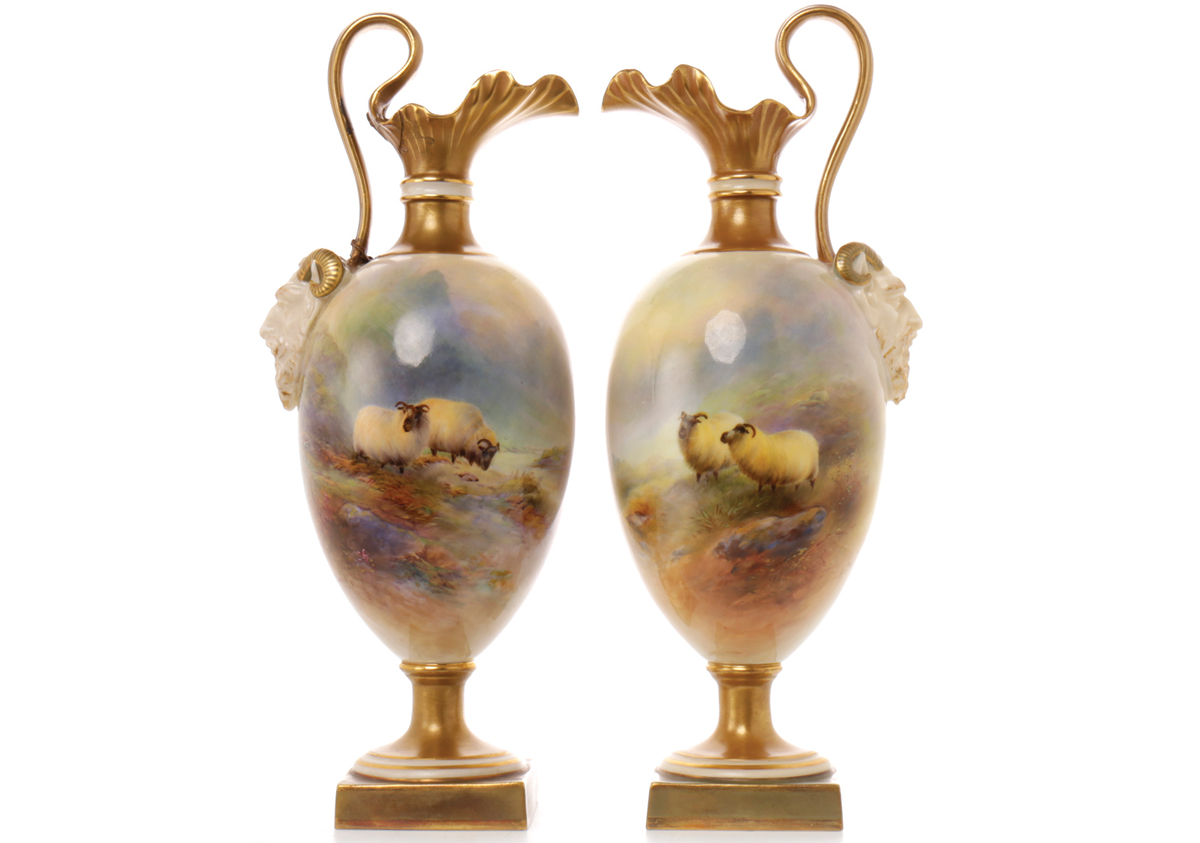 The charming pair are hand painted with cattle scenes by the prolific artist Harry Davis, who was to become closely associated with this period in Worcester’s history. Set in mountainous landscapes, the cattle are painted in Davis’ signature style, invoking visions of Arcadian bliss and, with a spray of wildflowers in the foreground, springtime splendour.

The ewers aren’t the only pieces of Worcester in the upcoming sale and will find good company alongside an unusually shaped pot, hand painted by Kitty Blake (lot 1255), as well as a number of figures, including one by Freda Doughty (lot 1227). So be sure to join us on view from Tuesday 24 April in what promises to be an exciting sale. 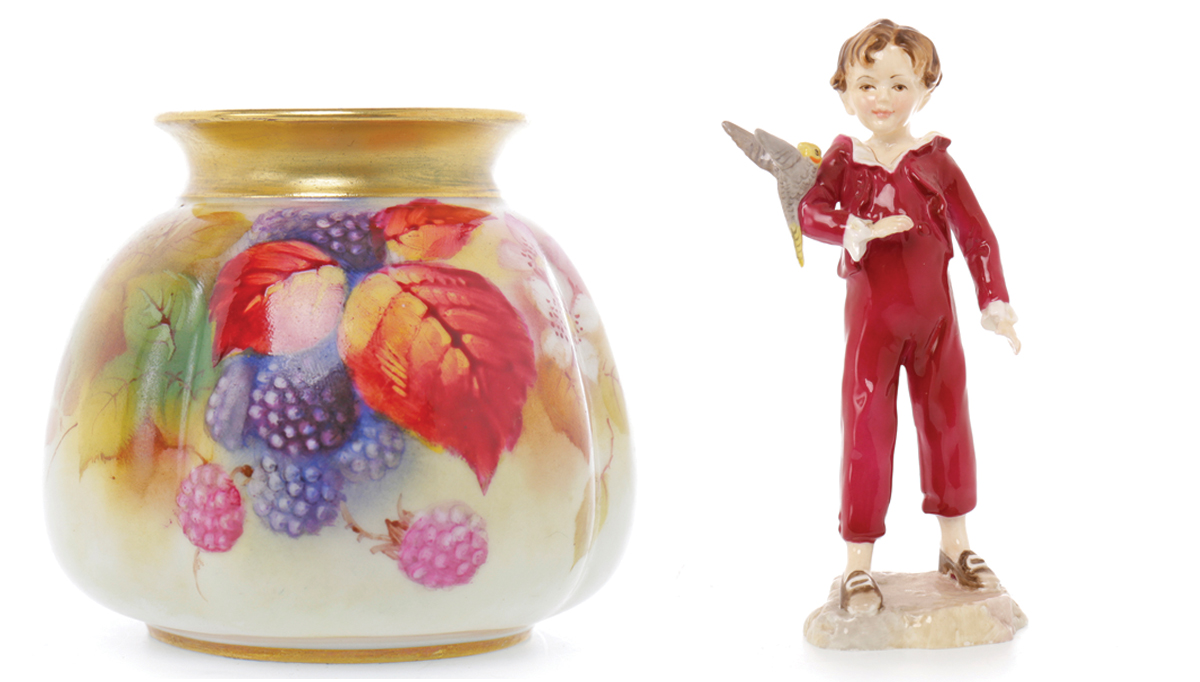 Click here for information on buying or selling in the Ceramics & Glass auction, or to receive a complimentary valuation >>