Royal Worcester is one of the oldest established ceramic firms still in existence today. Established in 1751 by Dr John Wall and William Davies (a physician and an apothecary respectively) who had pioneered a new technique for producing porcelain, the company founded their headquarters in Worcester on the banks of the Severn at Warmstry House. The firm was known as the Worcester Tonquin Manufactory until 1789 when King George III granted it his Royal Warrant – the first of three gained by the company, which it holds to this day. 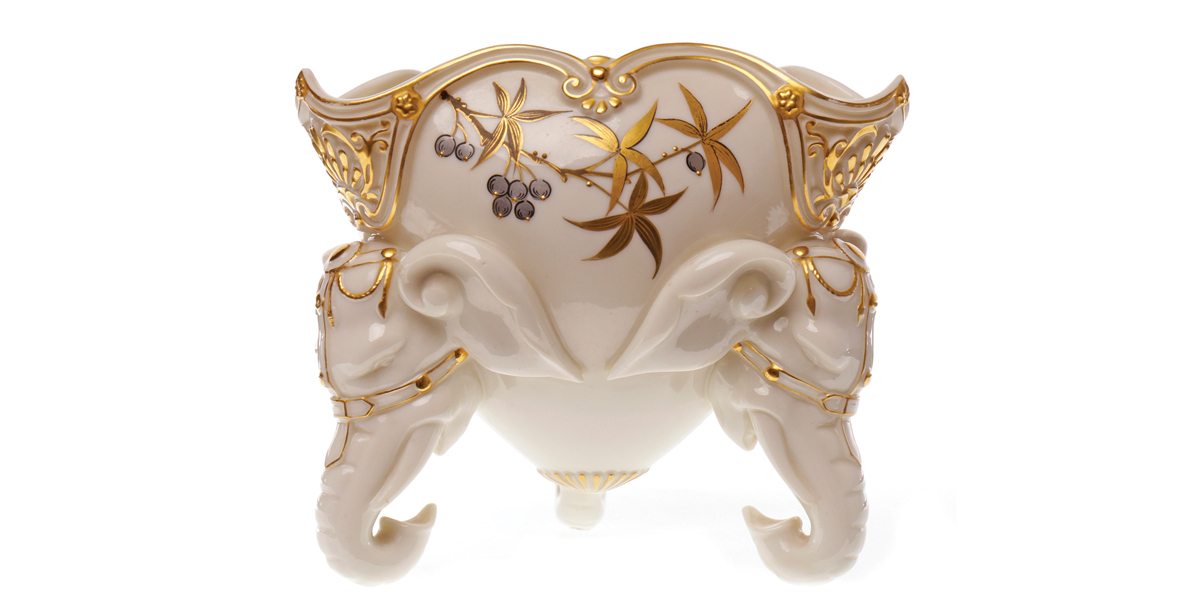 Through its long history, Royal Worcester has worked with a number of distinguished porcelain painters and designers including William Billingsley, James Hadley, Christopher Dresser, and John Stinton Jnr.

The earlier works produced by the company were ceramics painted with underglaze blue. In 1756 it was an employee of Worcester, Robert Hancock, who pioneered the technique of transfer-printing designs onto porcelain – a technique still used today.

In the late 19th century Royal Worcester began using a new ceramic material, Parian, a fine, white porcelain which was ideal for modelling as it could be used in liquid form and poured into moulds. This gave Royal Worcester the capacity to create much more intricate and detailed models including figurines and highly modelled wares.

For information on upcoming auctions and selling at McTear’s >>