William Mowat-Thomson,
by a great friend

William was born on Shapinsay, a small island in the Orkneys. From a very young age he was magnetically drawn to Balfour Castle, a great Victorian pile on the Island. Balfour Castle was remodelled by the architect David Bryce and is a type of “calendar house” – it has 7 turrets, 12 external doors, 52 rooms and 365 panes of glass. It became his second home. The airy rooms, the fine furniture and antiques and the cultured atmosphere became the “template” of how William wanted to live his life. 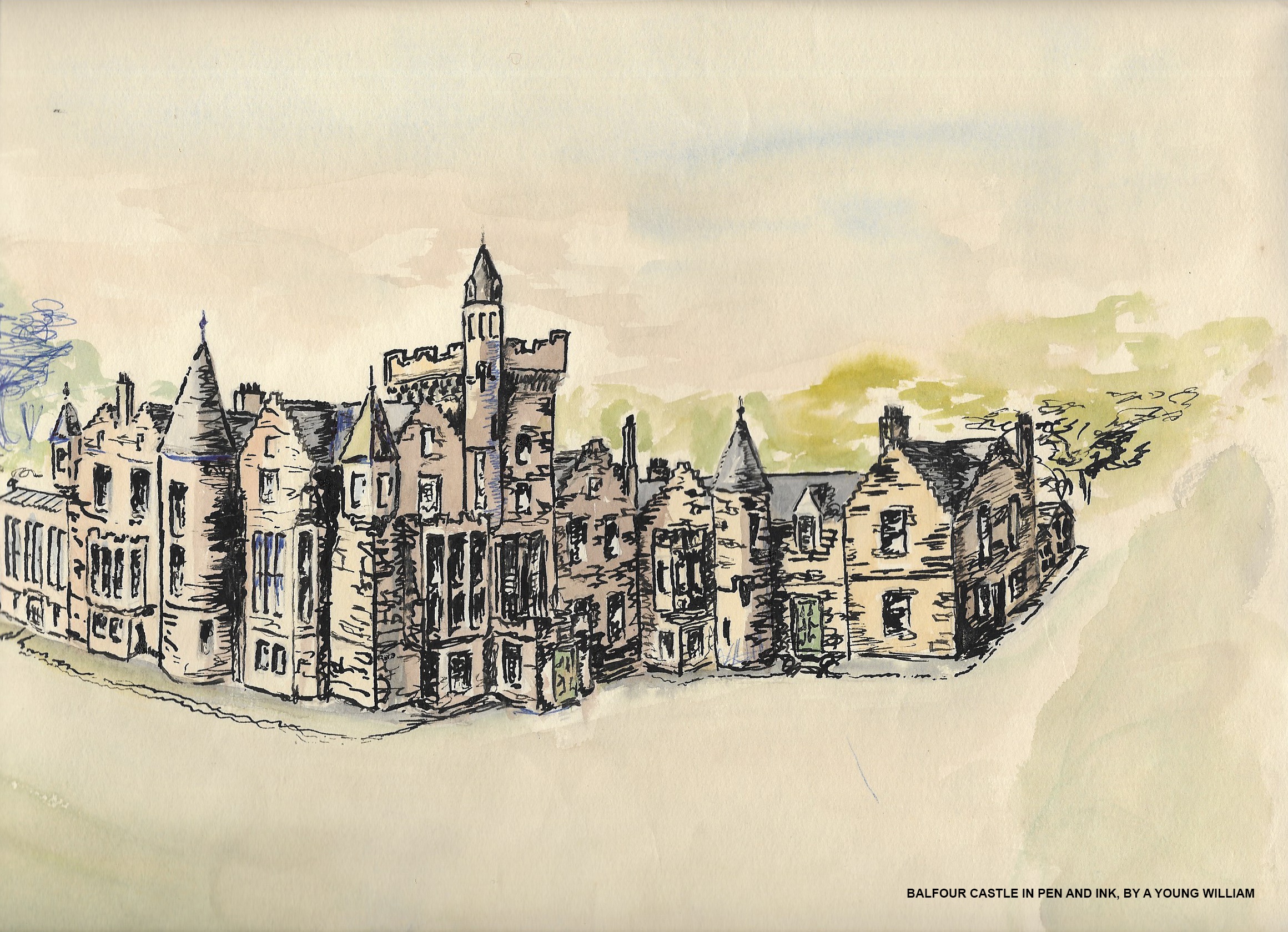 William was a hugely talented dance and yoga teacher and ballet pianist. He became an iconic figure in Scottish dance, with his pioneering Theatre School of Dance and Drama in the capital's Shandwick Place and subsequently St Stephen Street, Stockbridge, providing professional training for dancers across Scotland.

In later life William owned a number of large houses – a five story Georgian townhouse in Atholl Crescent in Edinburgh’s West End, Stobs castle (a Robert Adam castle near Hawick in the Borders) and finally his magnificent Georgian town house at the centre of St Bernards Crescent, Stockbridge designed by James Milne and built in 1824.

These large houses needed furnishing. William would buy from shops and salerooms, remembering the style of Balfour castle and also guided by a keen knowledge of Georgian decoration and furnishing. He acquired a number of larger items including a grand piano and large Italian sideboard and desk inlaid with mother-of-pearl from what nowadays would probably be called his “life-coach” – Lady Mayo. Lady Mayo moved to Las Palmas and had to leave these items in William’s care in Edinburgh.

William would spot statues and columns, oil paintings, swords and chandeliers in auctions rooms and antique shops to decorate in a traditional country house style but was also a keen collector of smaller items for decorative purposes – antiquarian books, dinner services, jugs, Bonnie Prince Charlie memorabilia, card cases and all manner of smaller items to place on mantelpieces, shelves, tables, walls and into display cases. One auction house expert described the net effect as “patterns, within patterns, within patterns”. 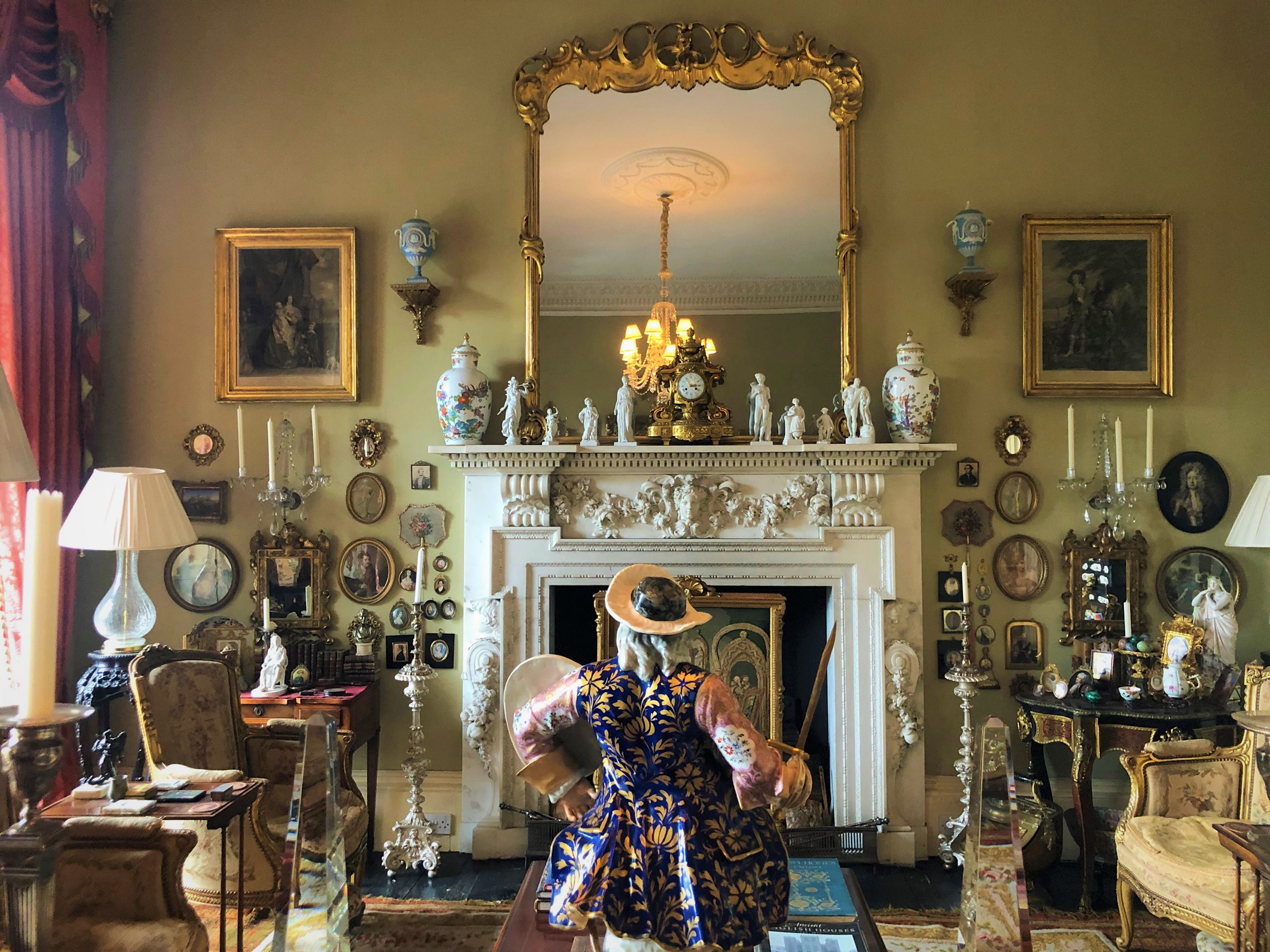 While William was concentrating on his main career in dance, drama and yoga he also found time to run two antique shops, at different periods, in Thistle Street and the Grassmarket in Edinburgh. A favourite habit was to turn up at a shop owned by another dealer who had been to an auction the day before and scan the haul from the previous day, soon spotting what he wanted. He used a lot of charm to secure a good deal – quite a feat with these notoriously hard-nosed dealers. 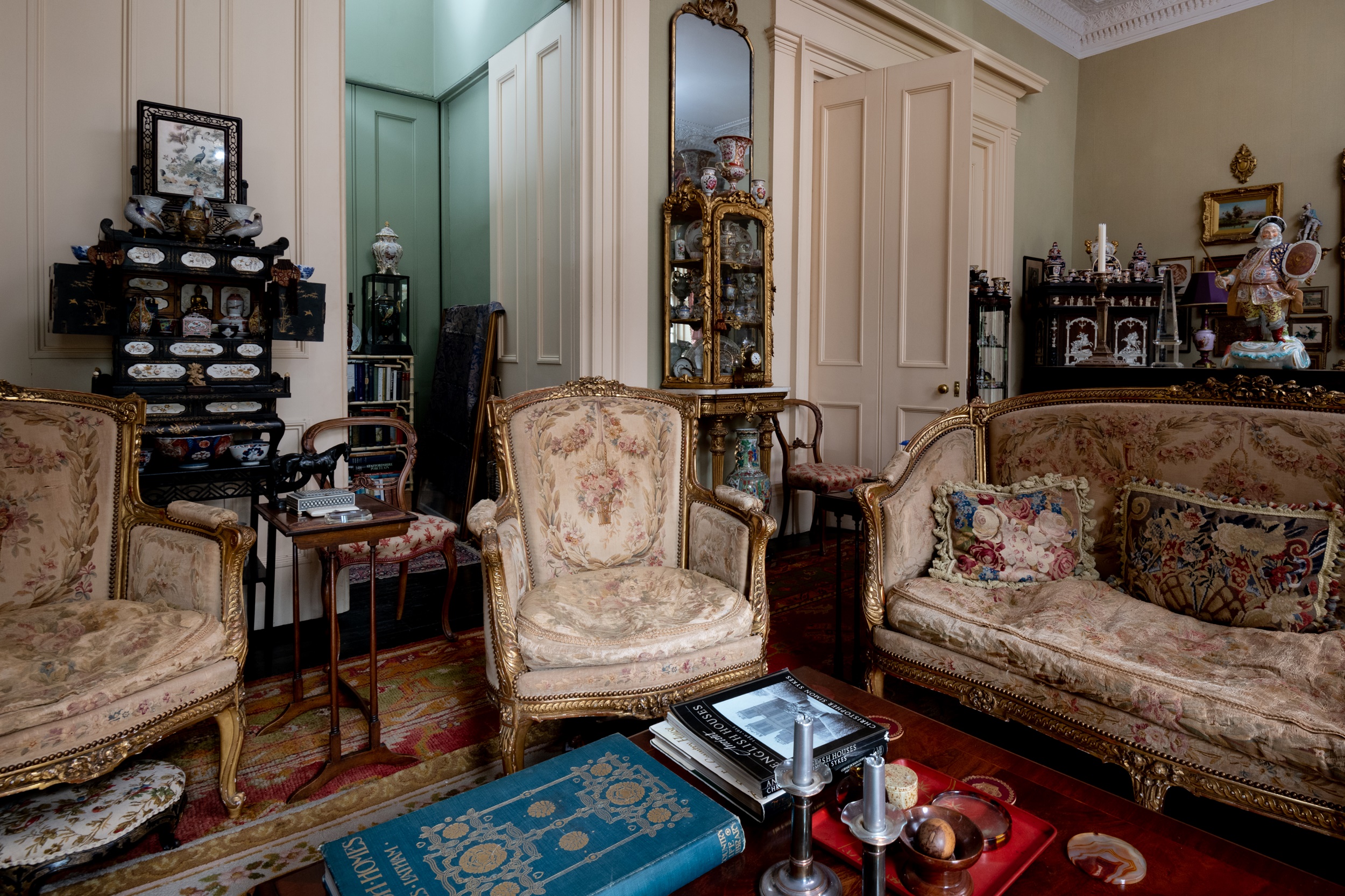 When he retired from the Theatre School in the year 2000  William had more time on his hands. Saturdays meant the weekly trip around Edinburgh’s antique shops and salerooms. Friends from overseas who visited annually or every few years would notice the increasing density of antiques in the house. On one antiques trip an American friend remarked that William already had one of the items he was looking at. Quick as a flash William remarked, “I promise to stop at three deep”. 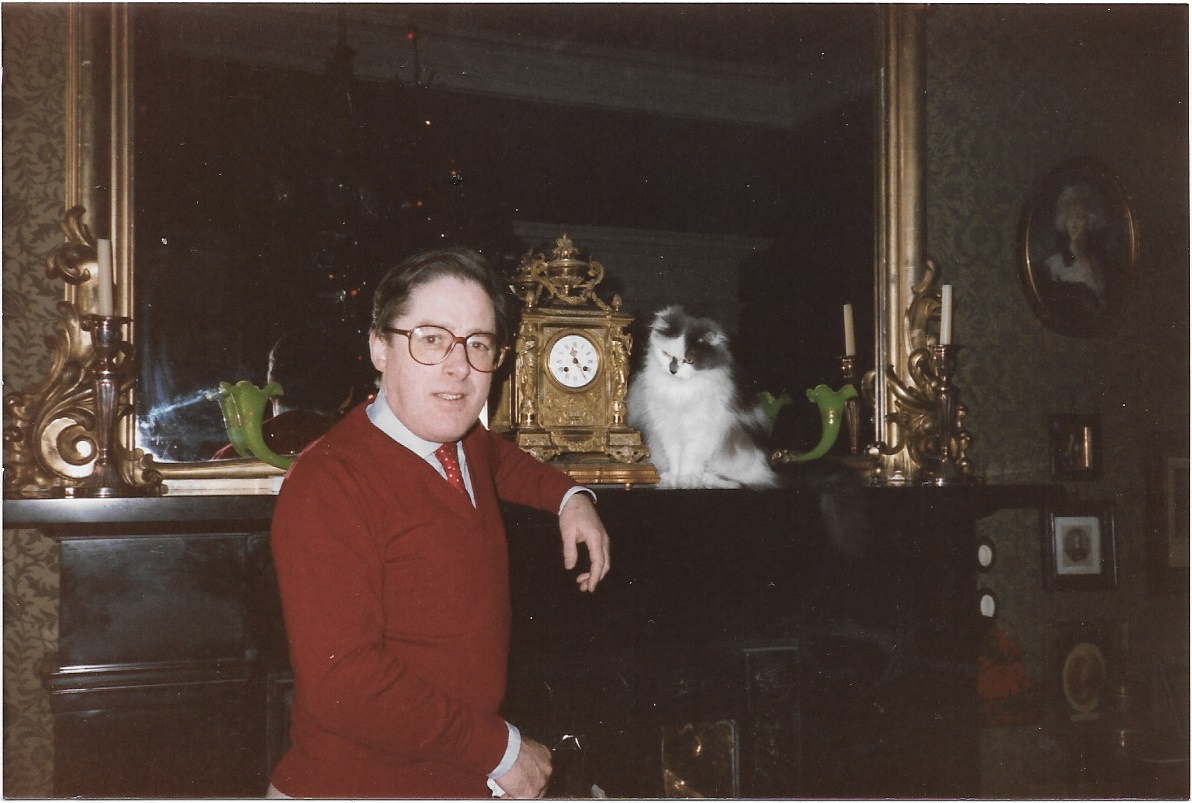 William would avidly read books and watch television programmes relating to antiques, castles and country houses, daily building on his knowledge of these subjects. His friends affectionately referred to the house as the V&A because of its museum like quality. It had a larger than life theatrical quality which was an extension of the personality of the owner. 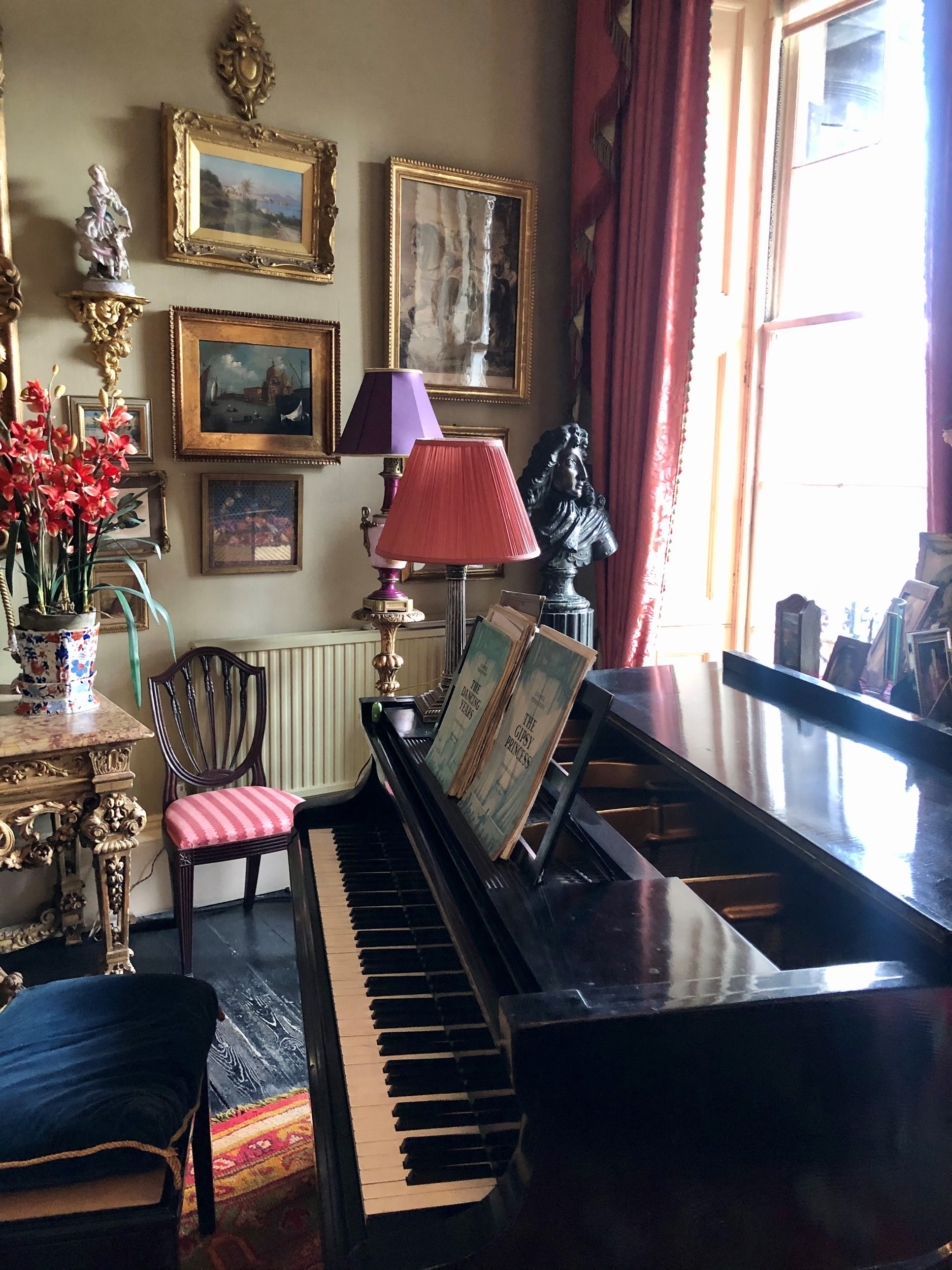