George Houston RSA RSW is considered to be one of the greatest landscape painters to ever live and work in Scotland. Born and raised in Ayrshire, the artist took much inspiration from the idyllic Scottish landscapes that surrounded him. Houston’s landscape paintings are instantly recognisable, with his Impressionistic brushstrokes and soft blue skies standing out. A contemporary of the Glasgow Boys, Houston was producing art in an electric and exciting time for Glasgow, and Scotland as a whole. The economic boom at the end of the 19th century made Glasgow and its surrounding areas, such at Houston’s native Ayrshire, a profitable and stimulating locale for artists to create and flourish. 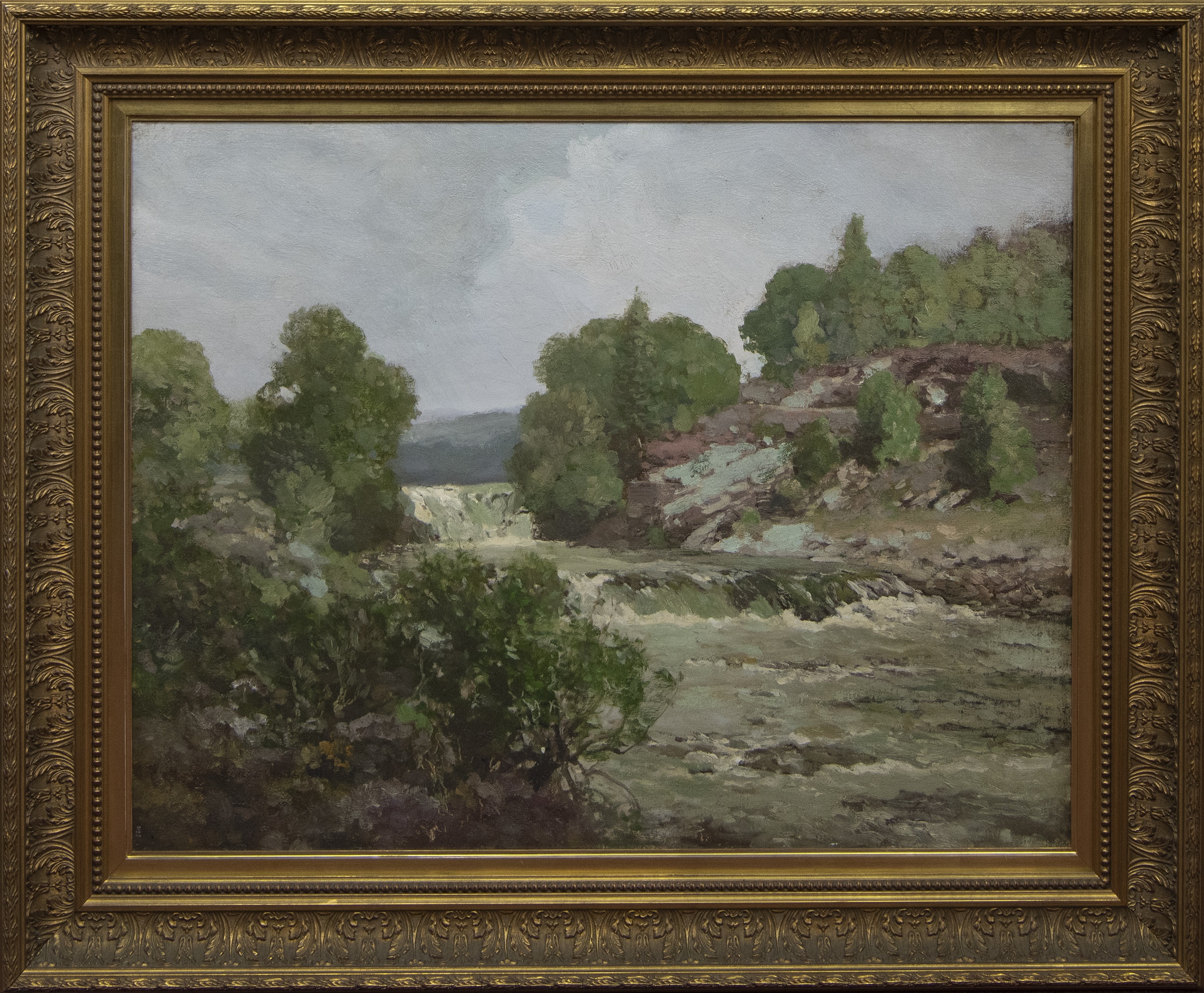 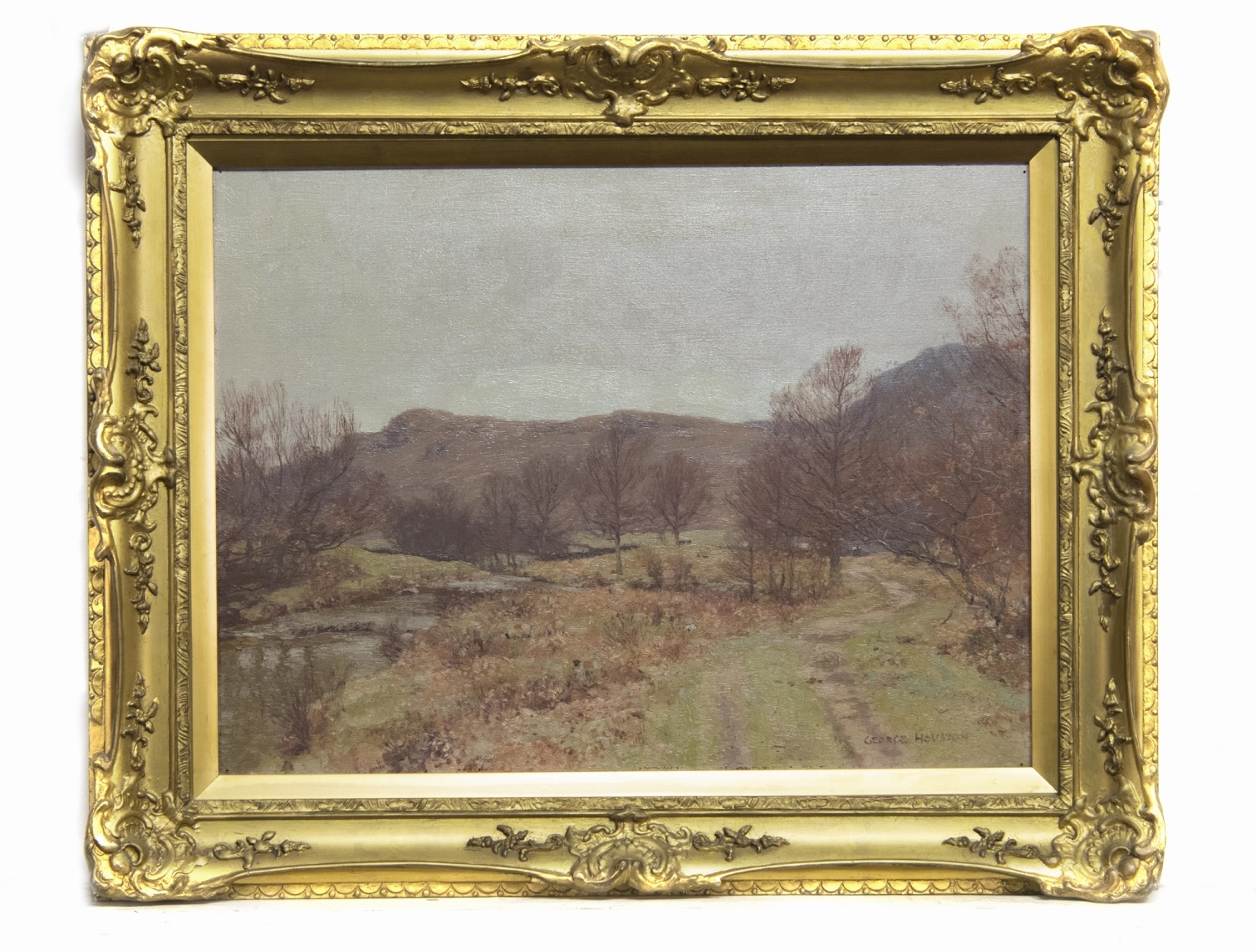 His landscapes, most often depicting the shores, glens and munros of Ayrshire, Argyll and Iona, were highly successful and the subject of critical acclaim in his lifetime and beyond. McTear’s is honoured to offer two spectacular examples by the artist in the 2 February auction, Houston to Whistler | Art From Britain & Abroad. Lot 281, an impressive and large scene, features a highland river against slightly cloudy skies. The landscape is perfectly juxtaposed, with the lush greenery against the jagged rocks and rushing water of the river and its cascades. Lot 296 is a peaceful burn-side depiction of Inveraray in autumn. A path in the earth weaves out along the burn, with the empty branches of autumn standing out amongst the surrounding hilly landscape. These two fine examples stand alongside 135 other sensational lots in the 2 February auction.