In the early days of Glenlivet, it was renowned for its lighter, fruiter character than its contemporaries, who were producing very dense, heavy spirits. This point of difference has resulted in the Glenlivet spirit being one of the more popular spirits from the 19th century to the present day.

The distillery we know as Glenlivet today was first built by George Smith on Minmore farm in 1859, after its predecessor, the Drummin distillery burnt down. Following the death of George Smith in 1871, his son John Gordon Smith, and grandson George Smith Grant took control.

Many other distilleries saw the popularity of Glenlivet, and tried to profit off the name by including ‘Glenlivet’ in their distillery name. It was in 1881 that George Smith Grant brought about legal action to prevent other distilleries using the name, and in 1884 he was given sole rights to ‘The Glenlivet’ name. 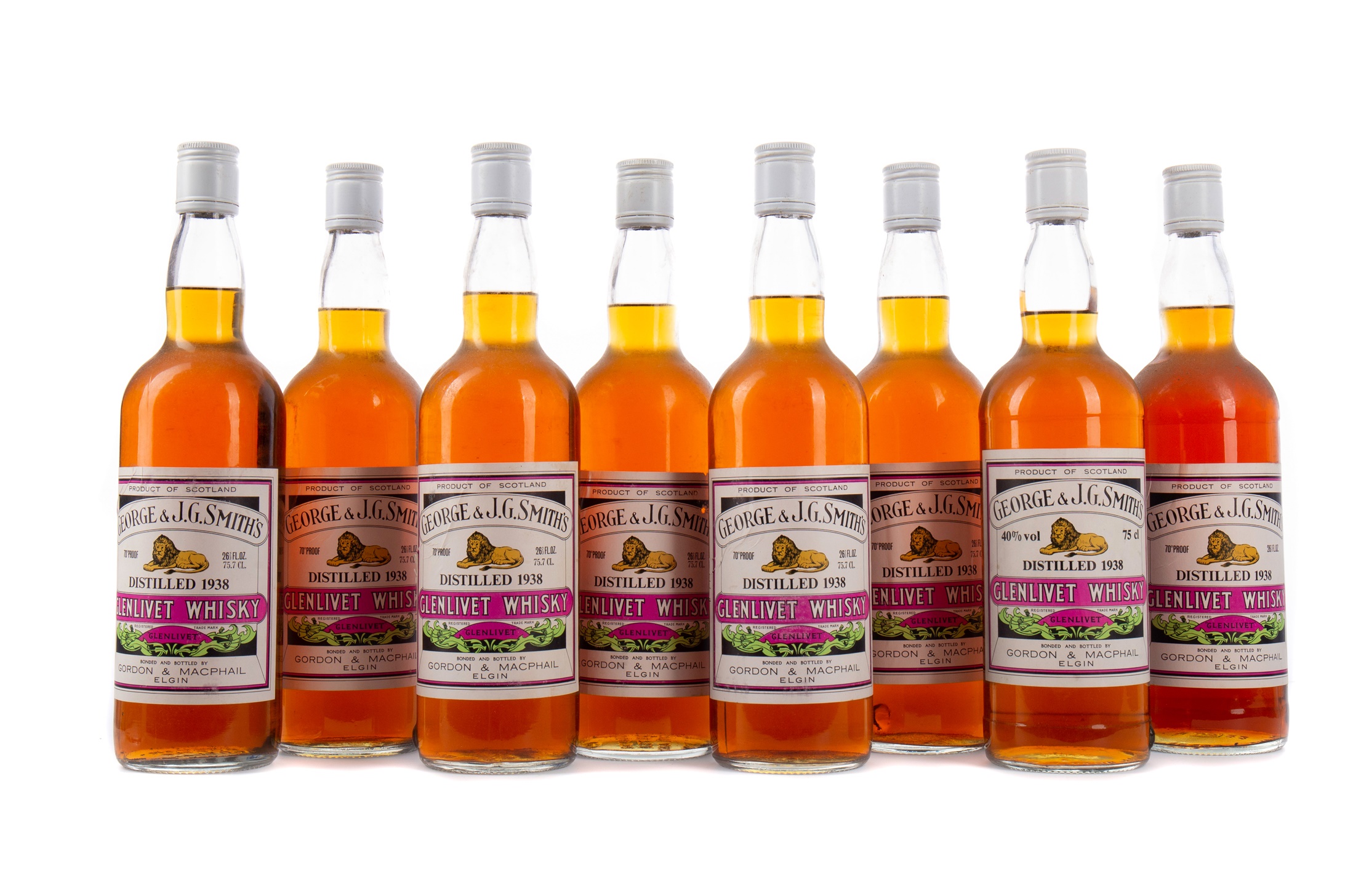 During the 20th century, labels of Glenlivet payed tribute to George and his son with the ‘George & J G Smith’ labels. This labelling has been used under licence of Elgin bottler Gordon & MacPhail for over 50 years.

The October 22 Rare & Fine Whisky Auction at McTear’s features a dozen bottles of the fantastic pre-World War II, 1938 vintage. The spirit in these bottles will have entered the cask in 1938, and was entombed in bottles across the late 1970s and early 1980s. The bottles which have both imperial and metric measures on the labels will have been the earlier examples, with those using metric only will have been bottled in the 1980s.

These bottles are a fantastic piece of liquid history, which were sourced from a deceased English collector, and each bottle has a pre-auction estimate of £900-£1,300.

McTear’s is the longest-established auctioneer of whisky in the world. Entries are invited for this international auction, taking place 3 December. For a complimentary, no-obligation valuation, visit our Glasgow Galleries or contact our specialist on 0141 810 2880 or whisky@mctears.co.uk.