The final part of this mini-series follows on from quite technical definitions of three often-misunderstood terms: whisk(e)y, Scotch and single malt. This final part is more subjective and looks at the criteria that McTear’s whisky specialists Laurie Black and Graeme Maxwell use when deciding which bottles should (and should not) be featured in the six-weekly Rare & Collectable Whisky auction.

Rarity is not a difficult term to understand, but from a whisky perspective there are often blurred lines between those bottles that are ‘one in a million’ and those that are ‘dime a dozen’. The first key point is that just because a bottle is old, it does not mean that it is rare and/or valuable. Examples include Johnnie Walker Red Label from the 1980s, or Glenfiddich Pure Malt from the early 1990s. Both remain popular brands worldwide but crucially, the two examples mentioned were both standard releases, meaning that millions of bottles were produced. Even assuming that as much as 95% were consumed at the time, that still leaves a huge number gathering dust at the back of drinks cabinets around the world. 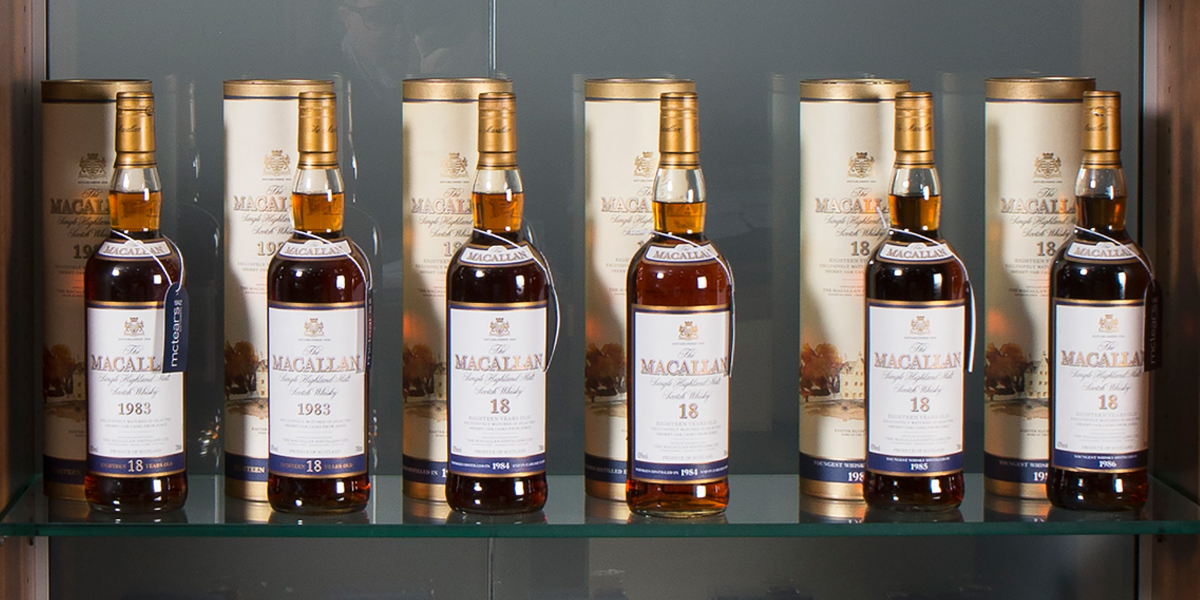 Good examples of genuinely rare whisky are those which have always been limited, such as the Macallan 1926 60-Year-Old Blake & Adami bottlings, limited to just 12 of each (current value approximately £500,000 per bottle, if not more). The best example of a whisky which became rare (and therefore very valuable) is the imperious Black Bowmore, first released in the early/ mid-1990s. Each of the three editions consisted of around 2000 bottles, but an attractive price point (less than £100) and the phenomenal quality of liquid meant that the majority were opened and enjoyed. The remaining bottles now sell for close to £10,000 each at auction.

Collectability is a rather more interesting term, as it is impossible to predict which bottles will become collectable in future. Popular collector’s series include the Flora & Fauna, Rare Malts and Managers Drams ranges (all from Diageo), with most bottles in these sets steadily creeping up in value. Examples of collectables which are of less interest include Bell’s decanters and various commemorative bottles with ‘one-off’ labels. The big issue is that almost everybody who bought a ‘collectable’ whisky has kept on to it, and there is now far too much supply in relation to demand. To add insult to injury, the quality of the whisky inside is often below-par – almost as if the producers knew it was unlikely to be tasted! It is also important to note that whisky does not mature or improve once bottled, so your bottle of Haig’s Dimple from the 1970s will probably taste as bland today as it did 50 years ago…

That, therefore, concludes Whisky Words Defined – please do just get in touch with any further queries!