The Weird and Wonderful World of Shibayama

Figures, flora, fauna and fungi, all have been captured by master Japanese craftsmen in the type of work known as Shibayama, the art of inlaying a variety of semi-precious materials into ivory, wood or lacquer.  Fine ivory examples will star in the 17 December Asian Art Auction at McTear’s and here we shine a light on this most idiosyncratic of artistic traditions.

The practice is believed to have been begun by the Onoki Senzo and took the name of his home prefecture, Shibayama, which lies to the east of Tokyo – Senzo became so famed for his work that he adopted Shibayama as a name and his became a dynasty of craftsmen working in this tradition.  While this art form remained relatively unknown while Japan was closed to the West, following the Meiji restoration and the opening of the country the Japanese aesthetic became an obsession for Europe and the US, particularly the arcane art of Shibayama.

It was at the 1867 Paris World Expo that Shibayama was introduced to the West and, with its whimsical forms and painstakingly realised detail, quickly became the art to collect among Orientalists.  This rapid growth in demand was met by the artisans of Shibayama prefecture and it is from this period (circa 1860-1912) that the pieces featuring in the sale date from. 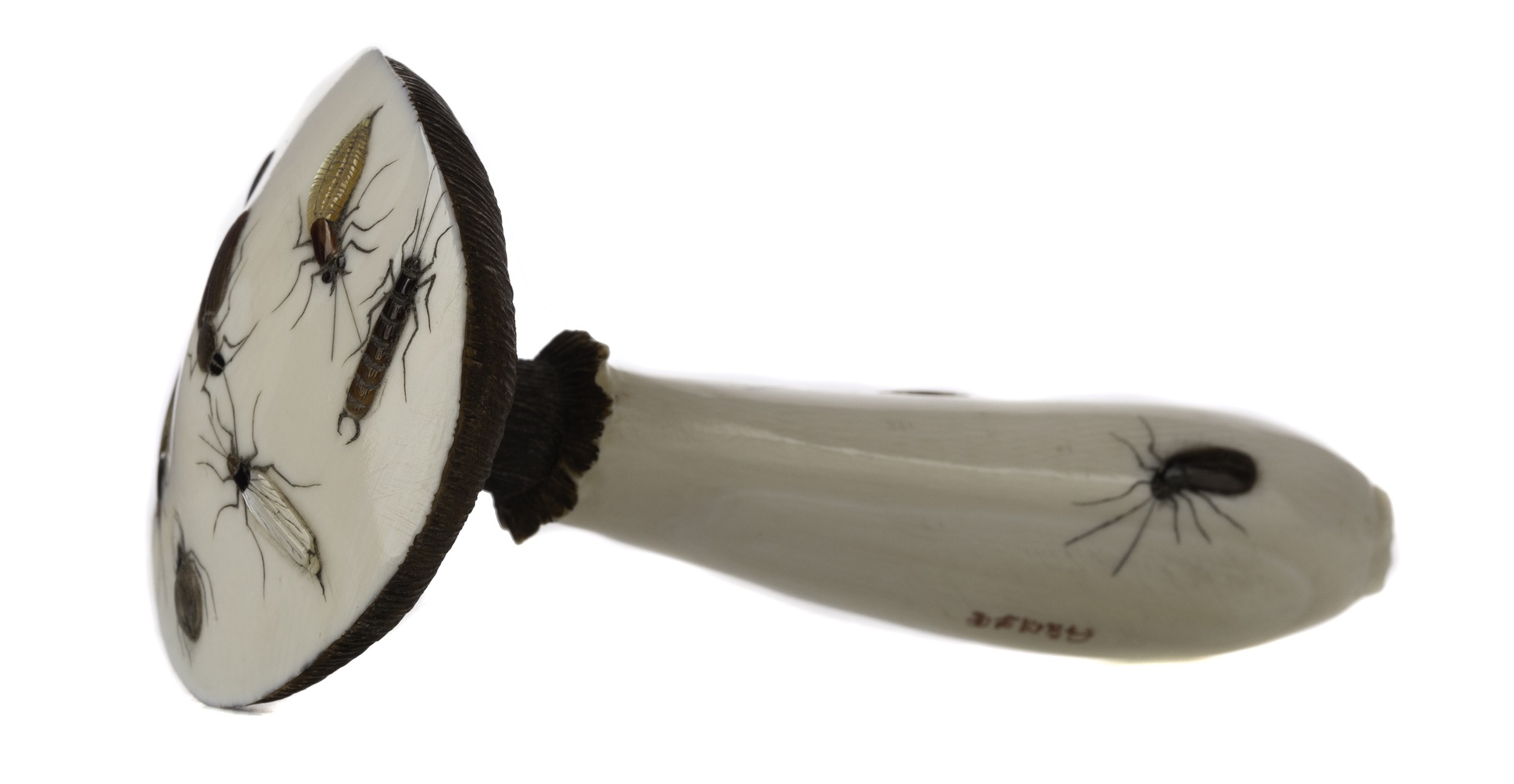 When studying Lot 1688, the mushroom, it is clear that the quality of the work did not suffer during this time of increased productivity.  Japanese craftsmen are renowned for their capturing of natural forms and this piece displays such virtuosity both in the capturing of the form and the observation of the finer details, particularly the ‘gills’ to the underside of the cap – importantly, this item bears the signature of the carver which is a further nod to its quality.

Over 150 years on from its grand unveiling Shibayama now features in museum galleries and private collections across the world in all its weird and wonderful forms - join us on 17 December to see these creations go under the hammer.